Within our website, we use cookies to facilitate and improve your use of the website. If you use our website without changing your cookies settings, they will be stored in the memory of your device. In addition, subject to your consent, cookies will be used for advertising purposes related to the analysis of user behaviour and for statistical purposes. You can disable the use of cookies for these purposes by changing your browser settings or by clicking the button: Settings below.

A cereals and chicory alternative to coffee

Full of flavour and aroma instant cereal- and chicory-based beverages. Produced in such a way as to extract from the roasted ingredients the aromatic notes known from the coffee, although ingredients we use do not contain caffeine.

In Europe, a beverage from chicory roots was roasted and prepared in the 16th century. The tradition of drinking such beverages has been preserved until our times. Only the form of the product has become more modern, because it is now instant. 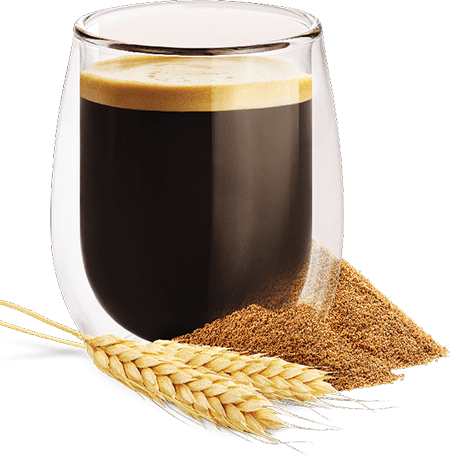 Taste of mild coffee with a caramel note

Aroma of roasted cereals and chicory

Get to know our beverages

The best alternative to coffee